Brand and product design for a fintech offering customers the easiest ways to save, invest, pay bills and build wealth. 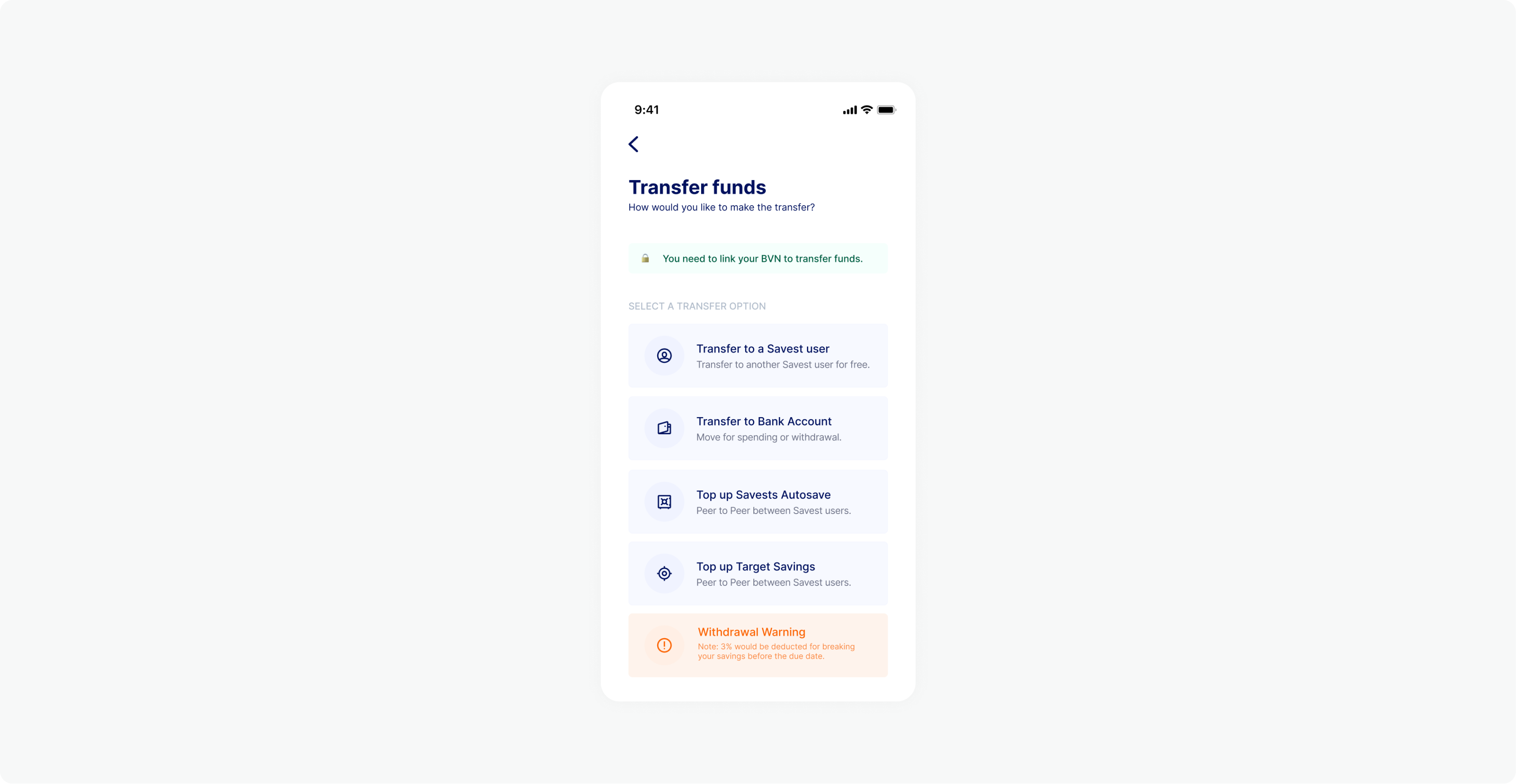 I was hired to revamp and reimagine the user experience of the mobile app and website with the goal to improve usability, reduce user churn and increase revenue.

Savests is a financial service startup that offers customers the quickest and easiest channels to save, invest and pay bills all within one simple app.

Savests launched to the market with a mobile app on the Google Play Store and Apple App Store in Q2 2020. At launch, the mobile app received under 2.5 star rating on app stores and customers were churning at a high rate week over week. Through research, we discovered that customers were having a less than optimal user experience which in turn had the negative effects we observed.

Savests exists to serve as the one-stop-shop for all financial needs of young africans. Due to the rapid adoption of digital finance, a lot of people have either completely moved to digital payments or supplemented their existing payment methods with fintech and wallet apps.

It solves these issues by providing a unified app for managing these transactions. 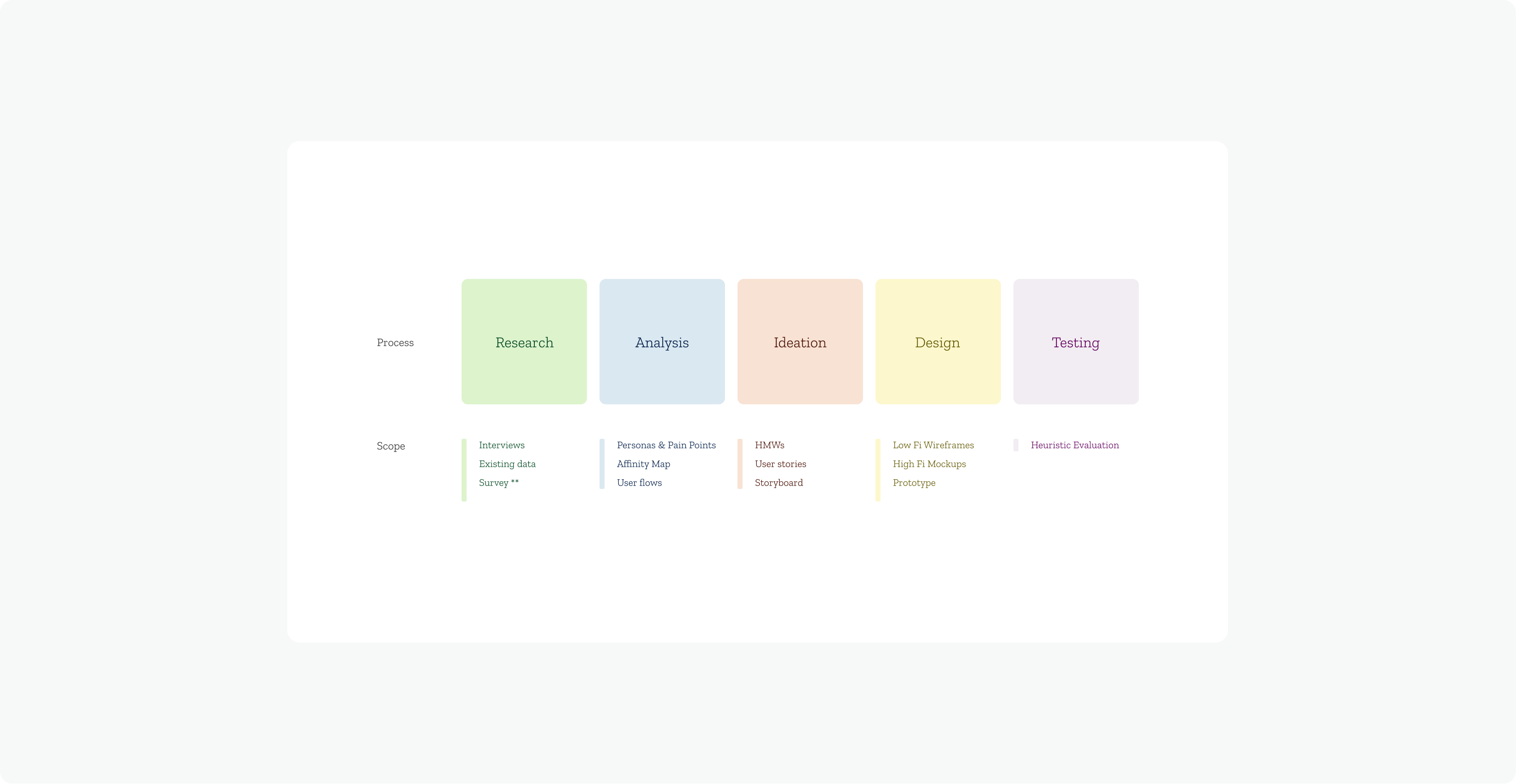 As part of the research phase, the client had conducted unmoderated usability tests to identity ux issues and bottlenecks in different parts of the existing app. Scheduling follow up interviews with participants, provided further insights into the mind of the customer.

Some insights uncovered include

This meant prioritizing actions and flows that removed the pain points faced during each type of payment within the app. For instance, I redesigned the entire bill payment flow from 9 steps to 5, without causing any UX and usability issues for new and existing customers.

Having the entire app and its key features split into three (3) sub products allowed customers to discover specific features independently and get full utility of these features without breaking the flow from one to the other. 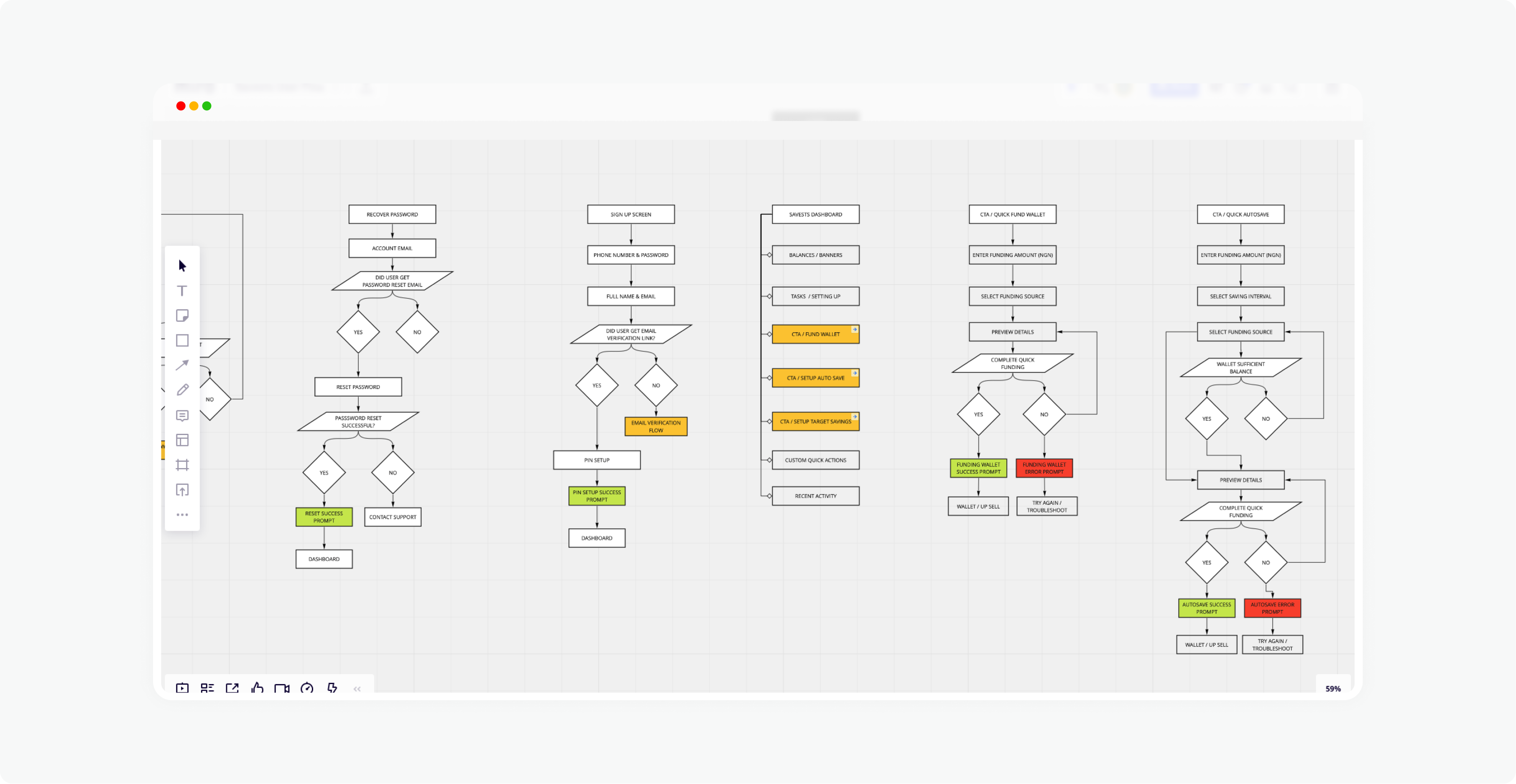 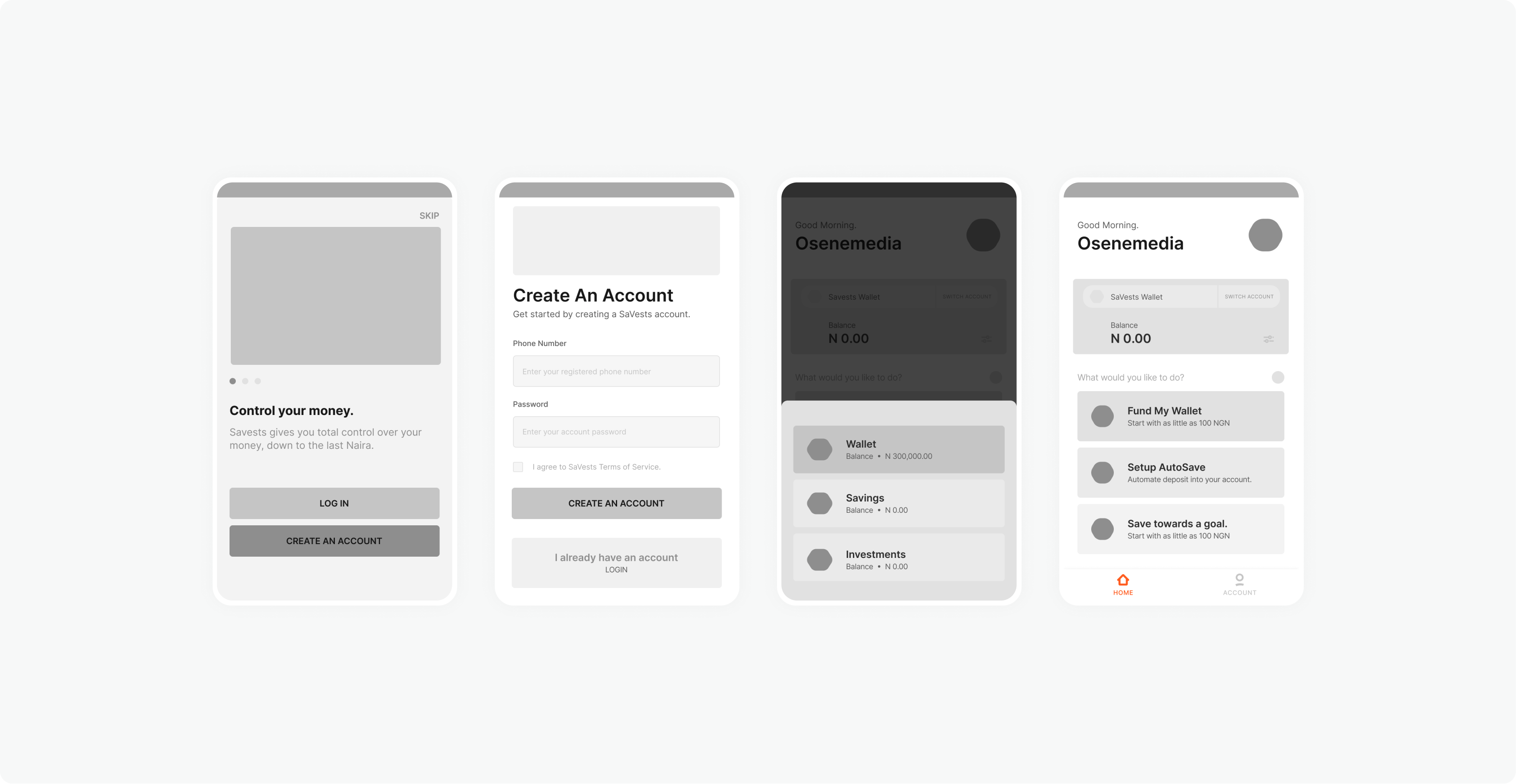 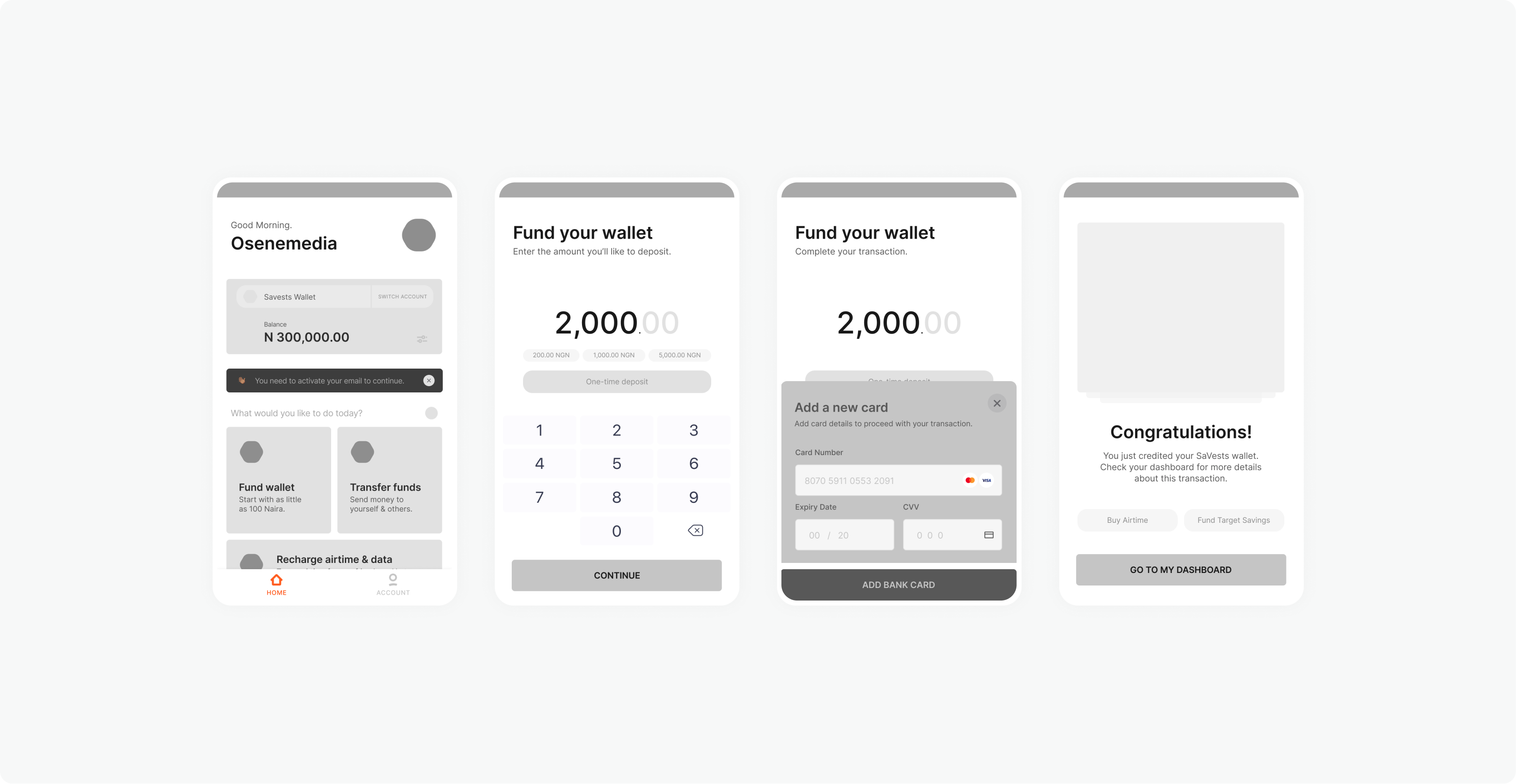 To make it even simpler and easier for customers, we redesigned the app to be split into 3 separate subapps : Wallets, Savings and Investments. Doing this allowed users quickly switch from one part of the app which contained features specific to one sub app (eg. wallets) to an entirely separate subapp (eg. investments)

As a result, we were able to reduce confusion and extraneous congnitive load associated with completing tasks while in the app. This was further validated in A/B tests conducted at the end of our design sprints. 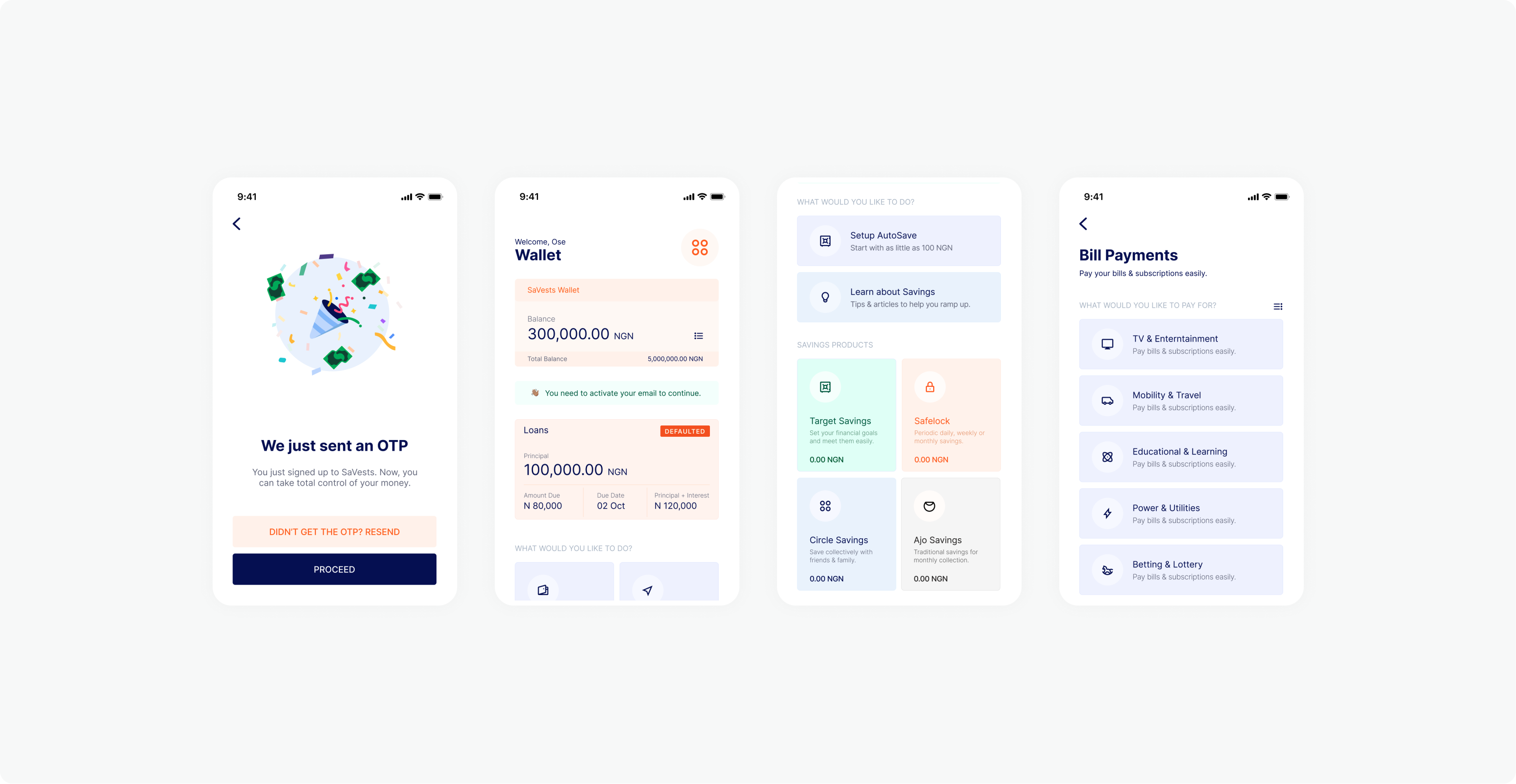 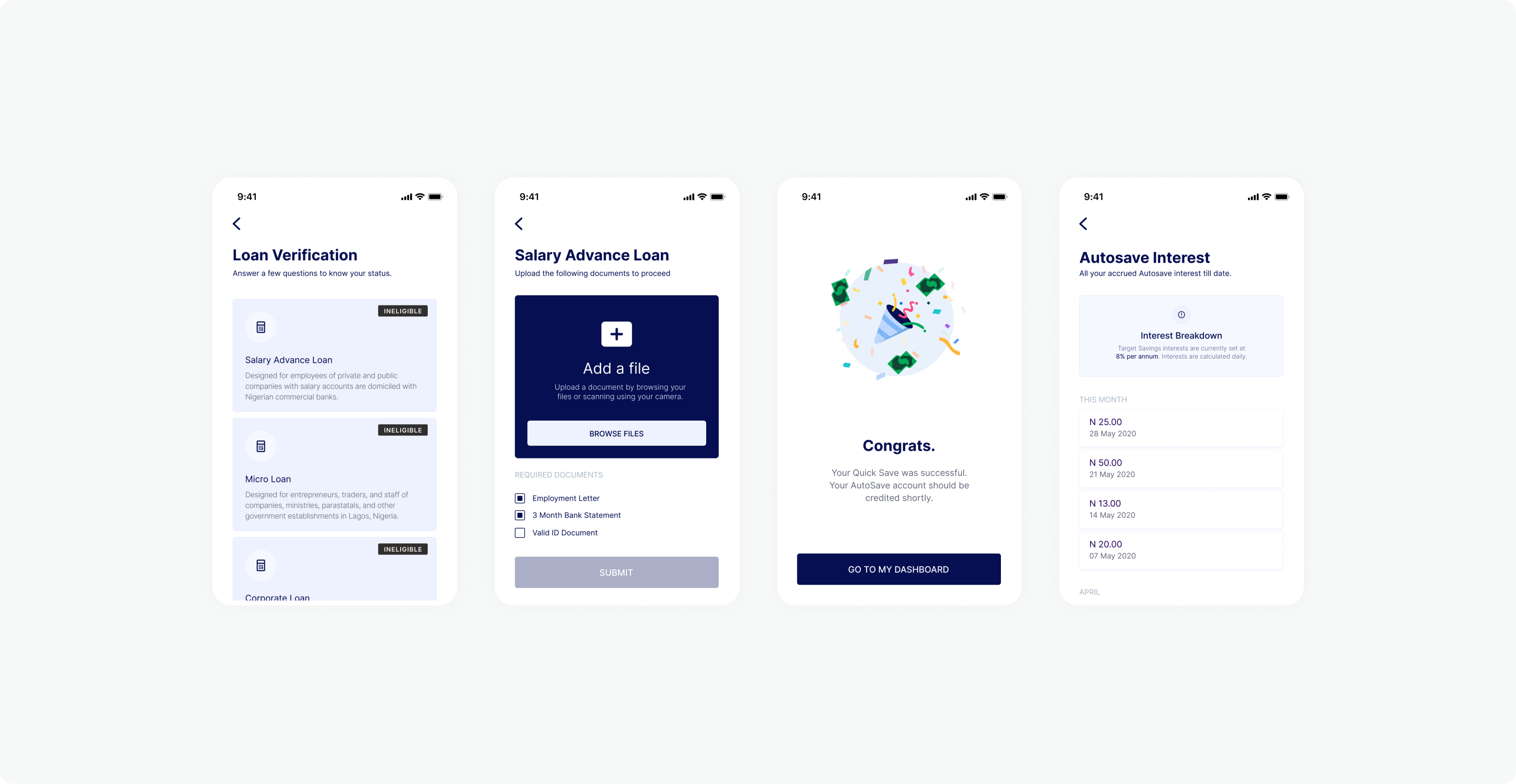 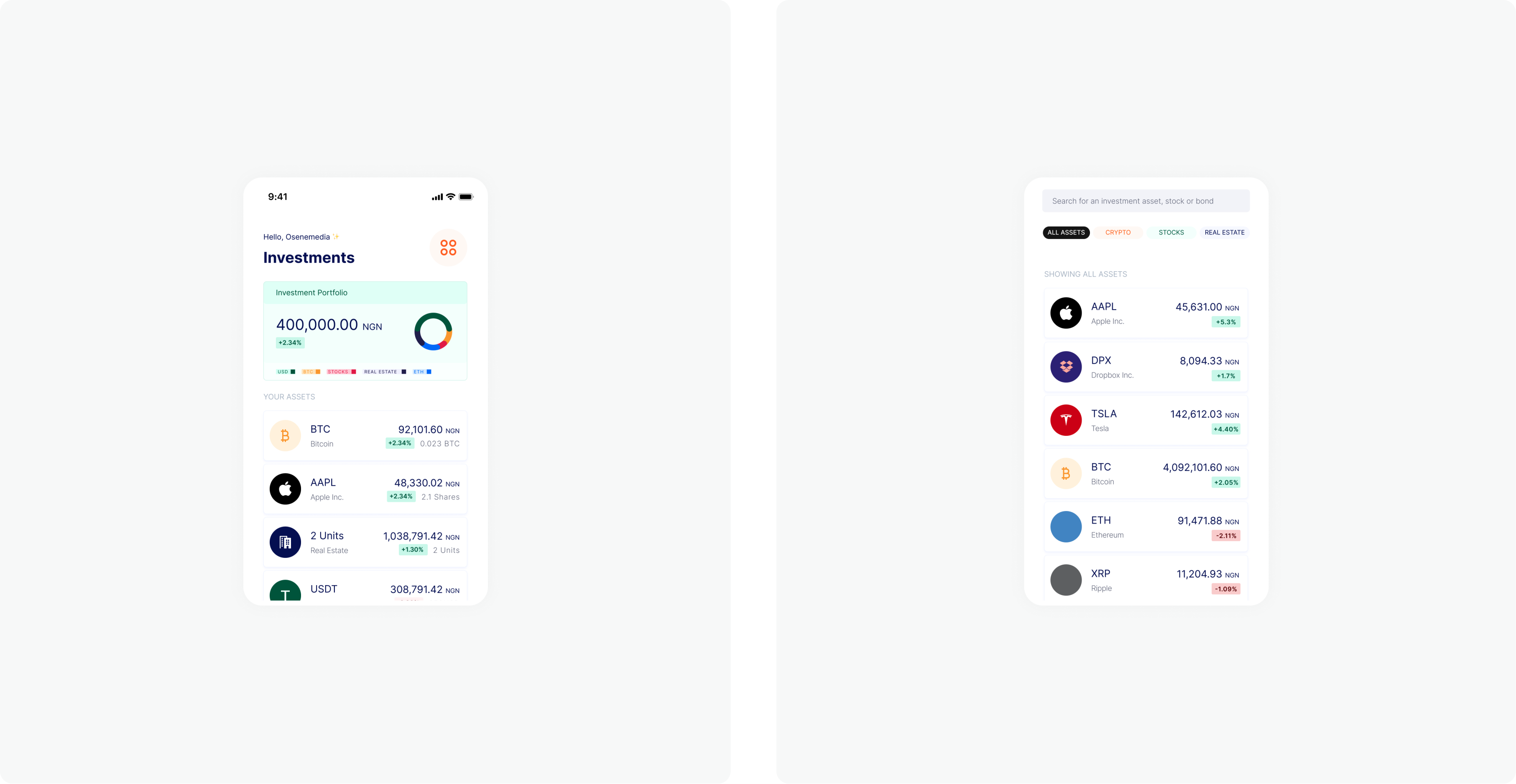 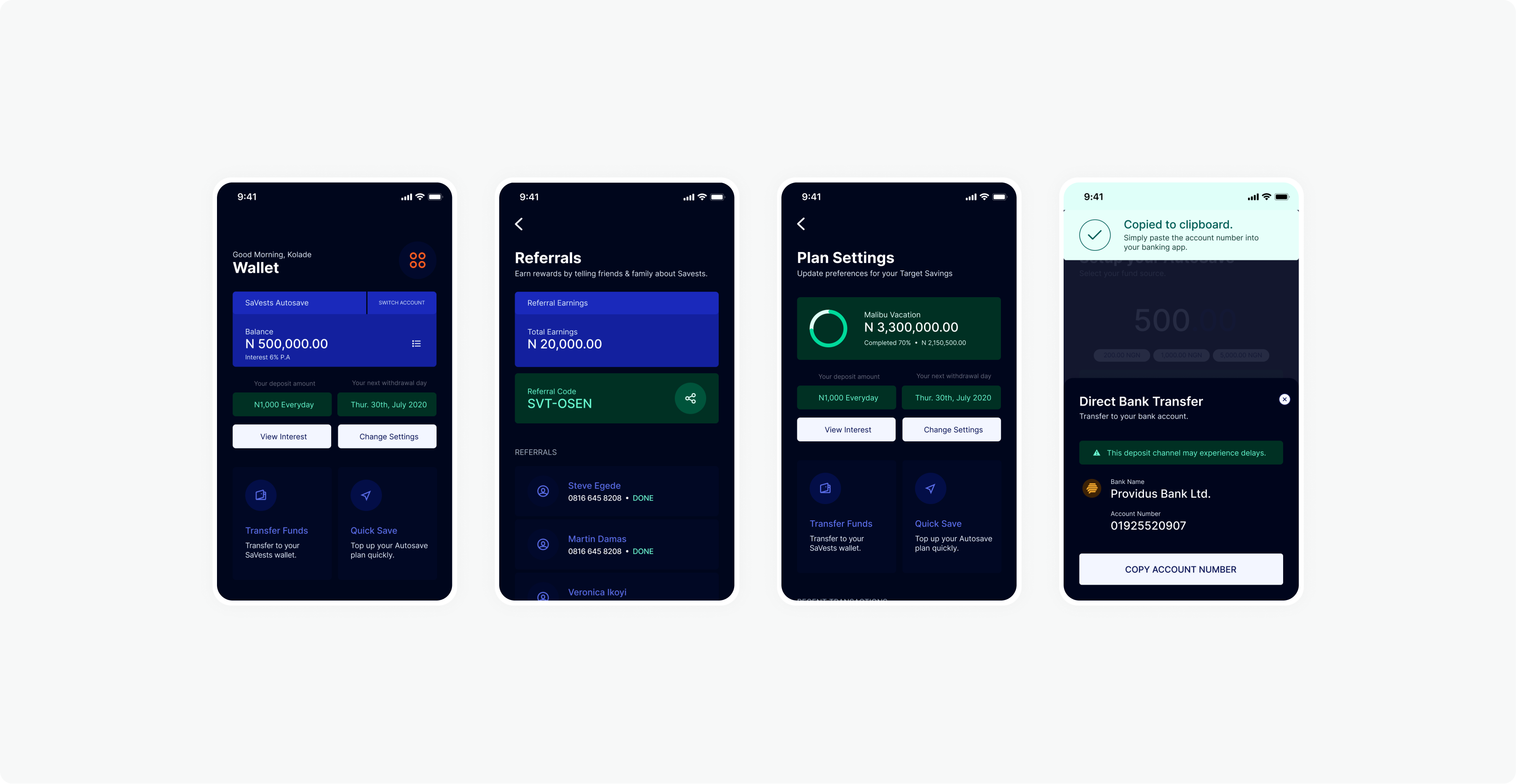 Designing Savests on the web

Despite focusing primarily on redesigning the mobile app experience, it was important to also carry on this new visual aesthetic over to the website and web app to keep things consistent. To do this, I extended the pattern and UI library I had already created for the mobile app. 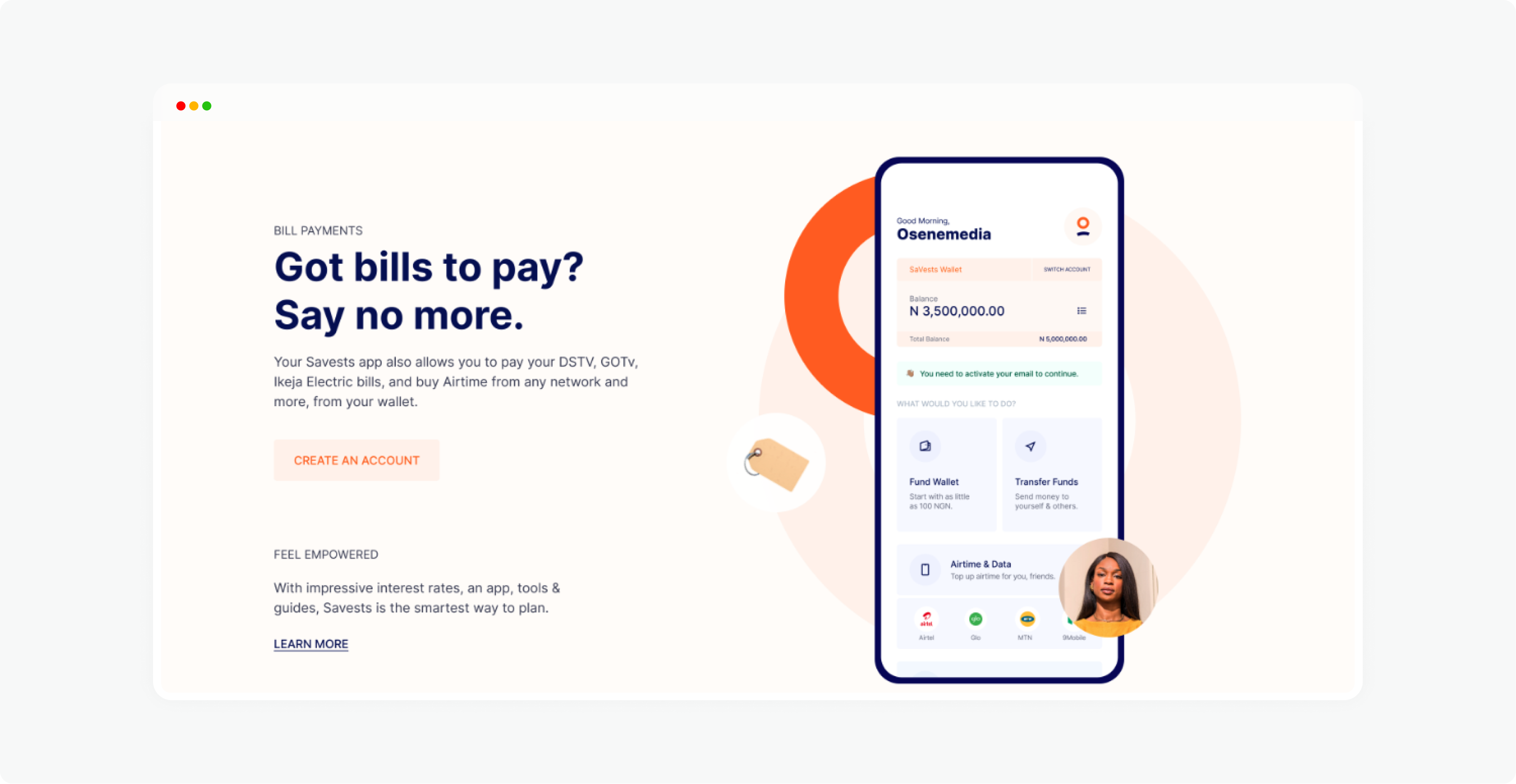 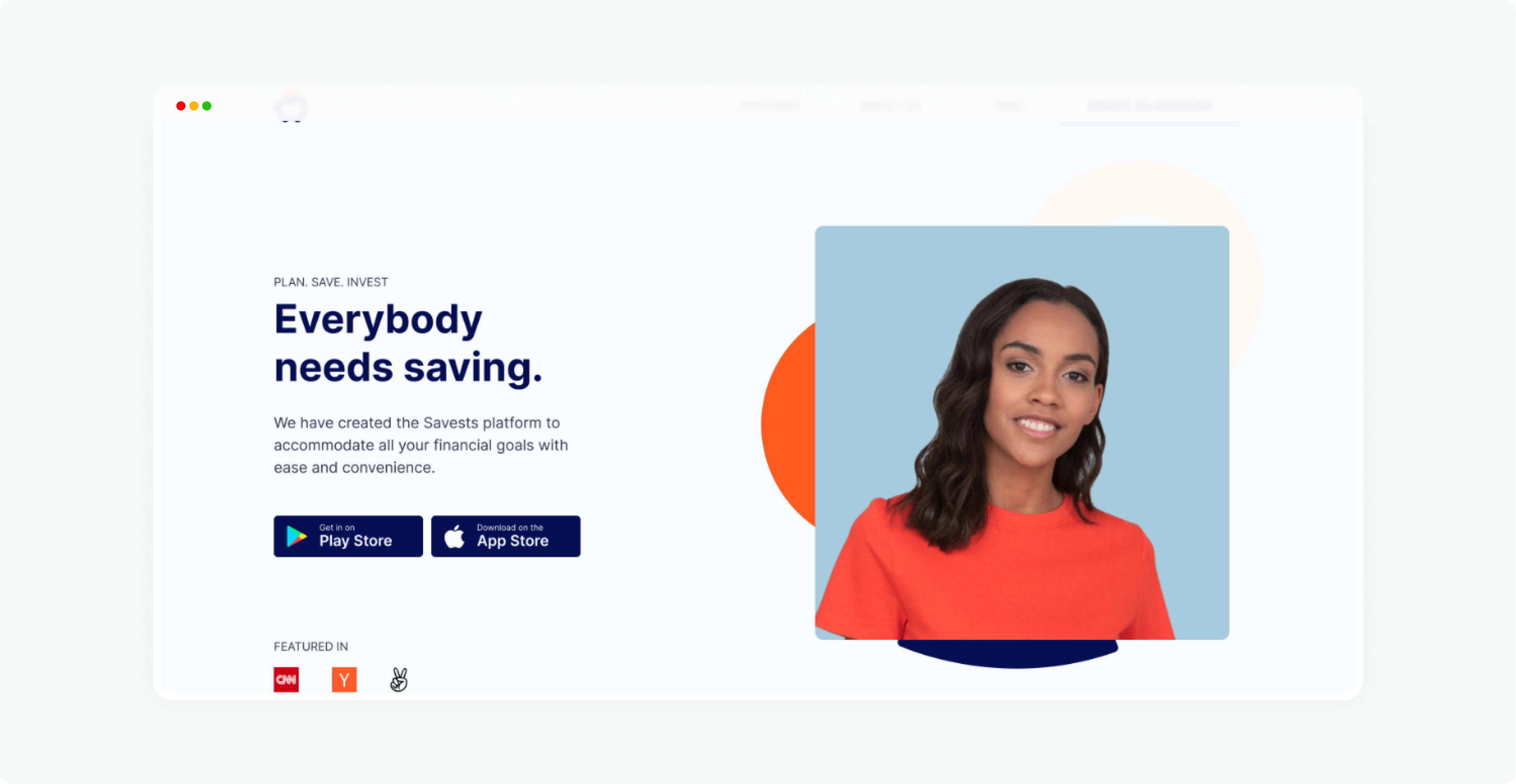 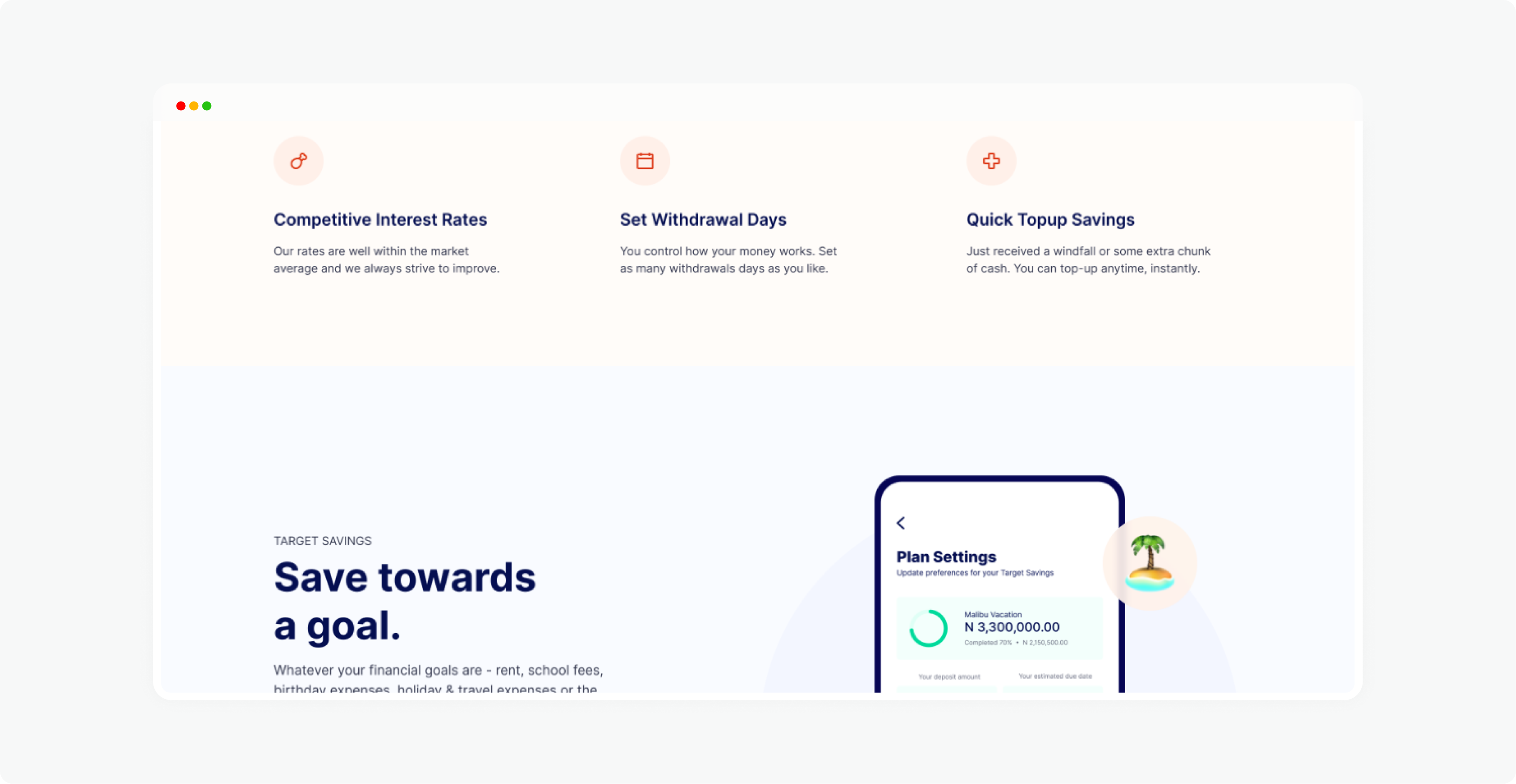